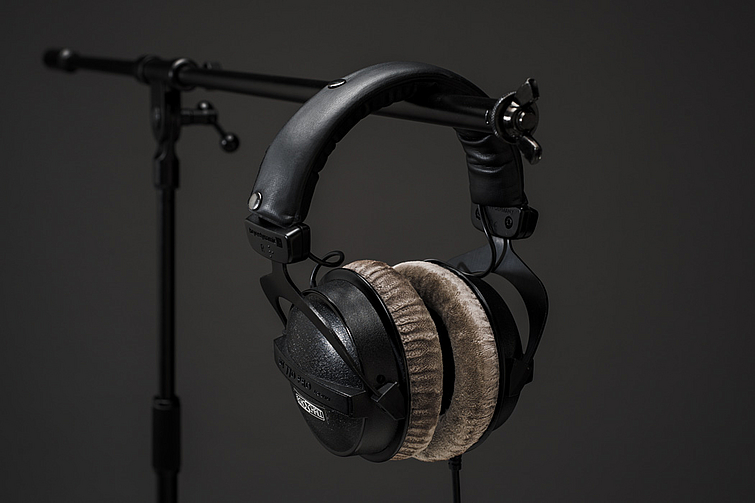 For decades the standard for studio monitoring

Beyerdynamic from Heilbronn have been manufacturing top-notch headphones for more than 80 years. In early 1937, their DT48 was introduced as their first product and, at the same time, it became the world's first example of dynamic headphones. It was built until 2012 (!!!), and it is considered to be the hi-fi product that had been in production for the longest time. With the Pro versions of their DT770, DT880, and DT990, Beyerdynamic created a series of professional headphones that established themselves as studio standards which are still available for sale today and which are still in use in countless studios around the globe.

For recording purposes, the closed-type model DT770 Pro is the one to go for. Introduced in 1985, Beyerdynamic combined a bass-reflex system in this model (used with its pre-decessor DT660 Mk. II for the first time) with the driver technology of the open-back model DT990.

The DT770 Pro was produced in a multitude of varieties throughout the years, first in a 600-ohm version which was later replaced with models that had an impedance of 250, 80, and 32 ohms respectively.

Here are some of the DT770 Pro's features: