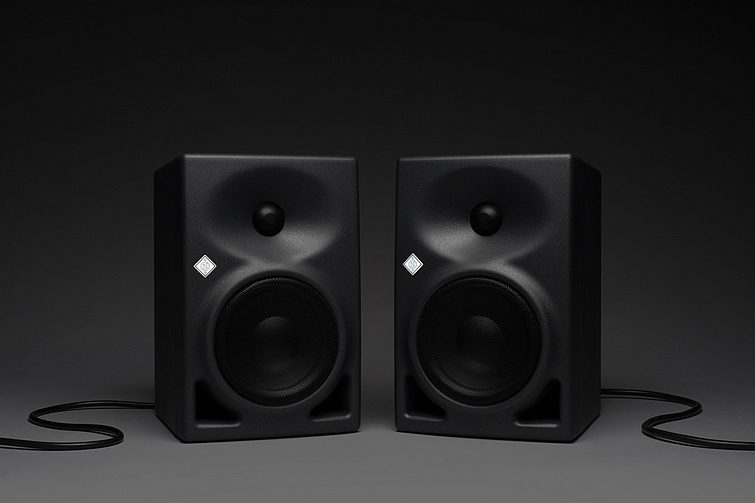 Since its introdcution in 2010, Neumann's KH120 powered speakers have become some kind of studio standard, particularly with small project studios. There is a good reason for this success: Sennheiser – Neumann's mother enterprise – had acquired the company Klein & Hummel in 2005 and, five years later, their range of studio monitor speakers was integrated into Neumann's portfolio of products. The “KH” abbreviation nods at the former manufacturer from Baden-Württemberg in the South of Germany. Sennheiser's executives were hoping for a better market value because of the international reputation of Klein & Hummel, and they were to be right with their decision.

The KH120 for rent is the successor to Klein & Hummel's final close-field monitor speaker, the O110.

Here is a glimpse at the list of features (it's the analogue version KH120A):