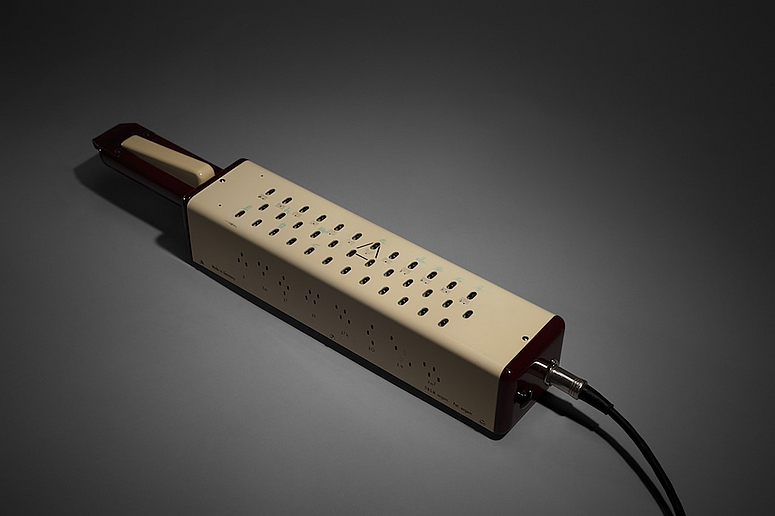 Truly exotic, and some extraordinary tone

Among those pinnacles of invention there are – among other things – the Multimonica (c. 1940, designed by Harald Bode), the Electronium (c. 1952, designed by Rene Seybold) or the trail-blazing inventions of Ernst Zacharias, Hohner's long-time engineer. The latter is accountable for such legendary keyboard instruments as the Pianet (c. 1962), the even more legendary Clavinet (1964), and the Guitaret (c. 1963) that is available for rent from Echoschall.

The Guitaret is some kind of electric lamellophone since its tone and the way it is played resemble the African Kalimba – other than the way the player would buckle on the instrument, there are no further ties with the guitar, however.