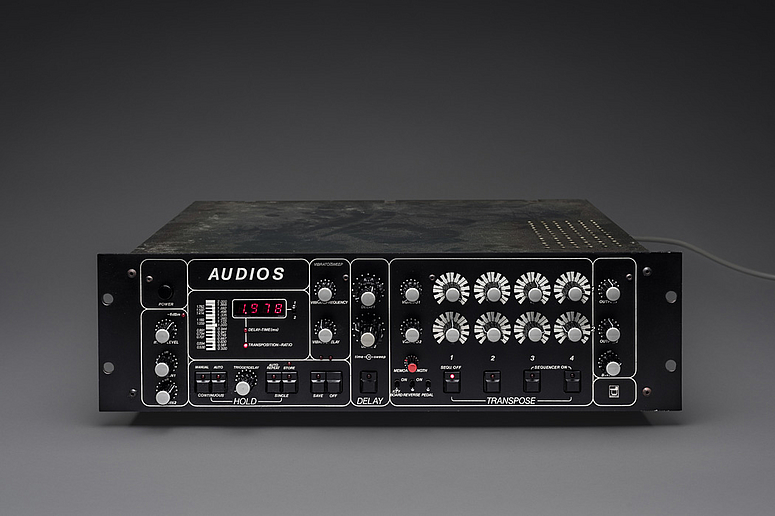 The Barth Audios belongs to the first generation of digital effects and, together with the Publison DHM89 B2, represents one of the milestones in the fields of pitch transposing and sampling. The Audios combines a two-voice pitch transposer (with sequencer!), delay and sample section in one unit. With its innovative and inspiring operating features, it remains a popular and top-class creative tool even in the DAW age that has gained real cult status particularly in Berlin’s insider circles.